From 2010 to 2013, we had been working hard to raise funds to enable the build of our own netball courts in Hinckley. With Grant support from Sport England, Sported and Leicestershire & Rutland Sport, and significant fundraising by our members, their families, friends and our supporters, we were delighted to announce in 2013 that we had achieved our funding target.Hinckley and Bosworth Council

The local council have been with us in this venture from the start. Graeme Chilvers has given us a great deal of his time and has helped guide us through the funding maze.

This was a lottery backed concern. We received money from their Inspired Facilities venture which aims to give clubs the ability to improve their facilities in order to encourage more people to give sport a go.

This is a UK charity, which aims to leave a lasting legacy from London 2012 by transforming the lives of disadvantaged young people through sport.

This fund aim to create a lasting legacy from London 2012 by committing resources to a grants scheme for local club and facility development projects.

The Committee generously agreed to give us a cash award towards this project.

In addition to this the club members have raised a considerable amount of money themselves. The ideas were many and varied and included bag packing, ladies nights, wolf runs, clothing drives and many more things. We owe a big thanks to all the members who have helped out along the way as well as all the support we have had from family and friends.

In support of our aspirations to develop our own home ground, we have now had formal acceptance of our planning application; our new home address will be Leicester Road, Hinckley, Leicestershire LE10 3DR.We have instructed our designated development partner, Fosse Contractors, to commence work on our new courts.Work will begin around mid-August with expected completion mid-October.We are very excited to be bringing netball back home to Hinckley and will continue to provide updates to our members and supporters throughout the development.

Preparation for our new ground has included clearing trees that formed the border of the site and carrying out some weed killing; both of these activities are now complete. Fosse Contractors are due to visit the site again tomorrow to mark out the exact area.

The site has been officially marked out by the contractors and work will start on site on Monday 19th August (weather permitting). The Site Manager, Andy, is looking forward to getting on with the work to build the courts.

A view from the side:

A view from the bottom corner:

A view from the other bottom corner:

Here is a sneak preview of our changing rooms. These have recently been refurbished. Hinckley Ladies will have access to both a home and an away changing room on match days.

The final layer of tarmac is down and the fencing is going up today. The lights will go on this week, which will mean that all of the main things are done!

The line painting is dependant on the weather, as is the drying time for them of 2-4 weeks.

We have to have the courts approved by the league but we are optimistic that the first league games will be played on here on the 19th October.

On Saturday 5th October at 5:30pm, members of Hinckley Ladies Netball Club were invited to come see our new ground. The opening of our new home was marked by a traditional glass of fizz and a special cupcake, provided by the super talented Mrs Laura Benz – Thank you so much Laura. 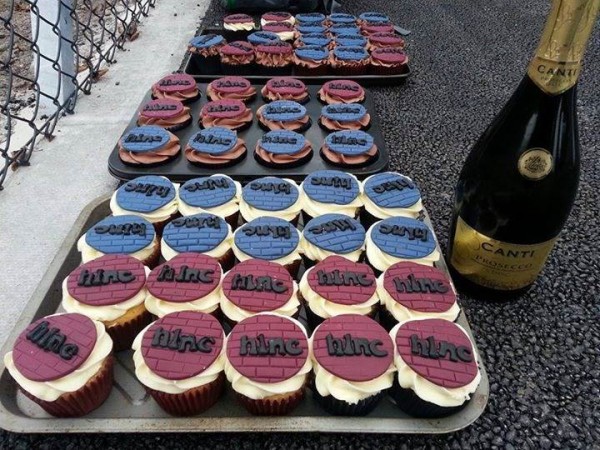 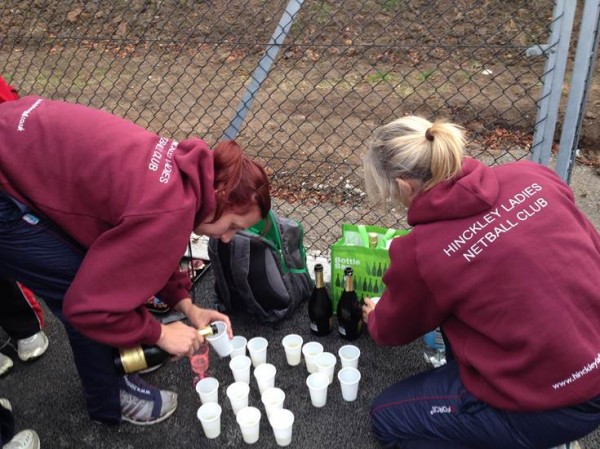 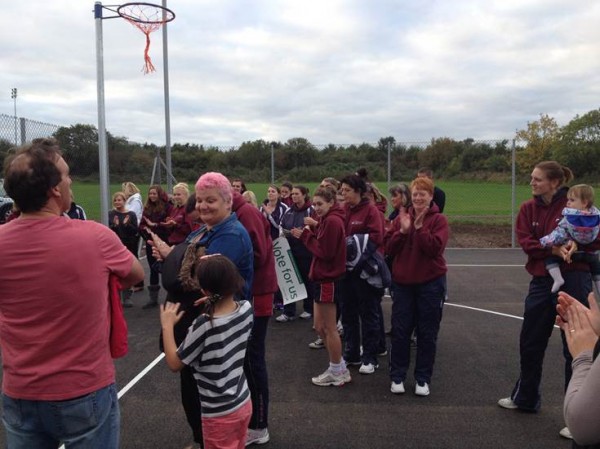 On Saturday 26th October 2013, Hinckley Ladies Netball Club extended an invitation to current and past players, friends, family, netball officials and many more to the grand opening of their new ground. This was a massive milestone in the club’s history and were delighted to see lots of familiar faces.

A special mention and thank you has to go to former captain and player for the England Netball team, Olivia Murphy, who joined us to commemorate the opening of our new facilities.

The event commenced with an opening speech from our chair person, Julia Waite, who shared the vision of the project, the funding that we have received to make this a reality, appreciation for the club members support and thoughts for the future. Olivia also provided some words before officially opening our courts with the traditional ribbon cutting.